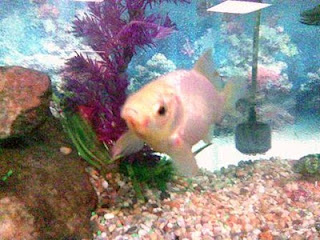 London was pretty empty yesterday, the only time any platform looked remotely crowded was around 16:00 EB at BOS and OXO. Every time I saw a train going the other way the cars were sparsely populated, we are running a Saturday service and it certainly is more than we need.

Evidence of how quiet it was came at the start of my second half, when the train pulled in I noticed that the front double doors on the leading car hadn’t opened and on investigation found that some scallywag had carefully peeled one of the Central Line maps that runs above the seats and then stuck it across the doors. Damn they use strong glue on those things. One assumes that the front car must have been empty at some point on it’s EB journey in order for the culprits to perform their act of mischief and escape detection.

Despite the scarcity of passengers we still had enough delays, it seemed as if we’d only resolved one before Wood Lane were calling “platforms and hold” for another. An “incident” here, a “passenger alarm” there, all little niggling delays but nothing major. The major delay was down to a signal problem at BEG EB which I ran into on my first half, halfway into the platform Auto packed in and when I switched to Coded I couldn’t get a brake release. Now this could have been a “platform plunger” but I had codes which shouldn’t have been there if that were the case.

BEG is in a “controlled area”, one where the signals are semi-auto. Oh well I’d better explain basic signalling to you, I will try and keep this simple. Two types of signal, auto and semi auto. A signal tells you what’s going on in the section of track between it and the next signal. A green signal means the track is “clear” and that it is safe to proceed, a red signal indicates “danger”, that there is something ahead.

All sections work as a basic electrical circuit, if the circuit is broken the signal in front of them goes to danger, a trains wheels will break the circuit so any signal will go to red if there is a train in the section ahead. An auto is just a simple circuit while a semi has to be activated by the signaller or signal computer. They are used in conjunction with points and will only clear when the points are set in your favour and obviously there are no trains in the section ahead.

At an auto under a given set of conditions I can pass a signal at danger under my own authority but where there are semis, a controlled area, I cannot so four cars into BEG EB platform I had to call Wood Lane to get the okay to pull in the rest of the way while the bemused passengers on the platform stared in at me; now I know how Clive feels. The problem persisited for most of the afternoon but had been resolved by the time I came EB again.