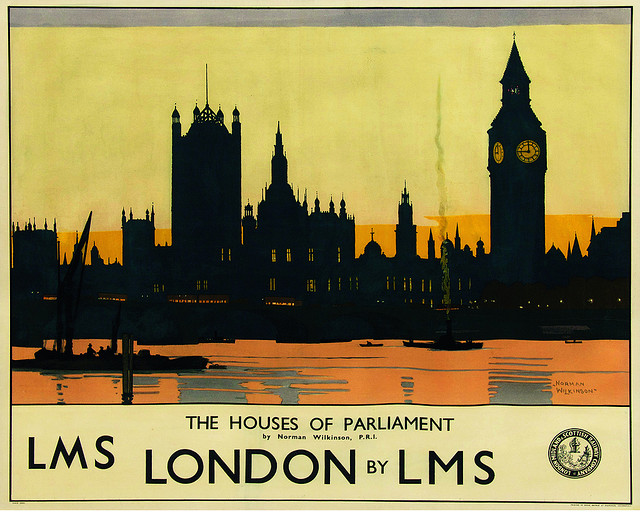 A postscript to yesterday's post.
As if in response to the GLA Tories suggesting that businesses should sponsor stations and that fares rises were not a good thing Boris came up with the suggestion that Crossrail be named the Queen Elizabeth Line.  Obviously he thinks that naming the Olympic Park after Her Maj is not enough but she has plenty of things named after her, surely enough is enough.


In the London area alone they’ve renamed Big Ben’s Tower and the Great Court at the British Museum after her, she’s the toll bridge at Dartford, a concert hall on the South Bank, a pier next to the Millennium Dome, a college at London Uni, a conference hall in Westminster and a reservoir in Surrey.  Elsewhere she’s schools, parks, hospitals, courts, theatres, sport centres and a planetarium in Canada, she even used to be a boulevard in Tehran.

Okay I’ve been severely lax in the last six months about posting on my blog, partly because there’s been little to write about while I was at work, partly because a lot of the time I felt like I was repeating things I'd written before and partly because my personal life has been a bit of a train wreck but I’m going to endeavour to get at least one post a week, a summary of the last seven days.


I came back from two weeks off last Sunday, my rest days were Wednesday and Thursday so Friday felt like a Monday, Saturday felt like a Tuesday except I got half a dozen calls from friends asking what I was doing at the weekend and inviting me out all of which I had to decline.   My next rest days are Tuesday and Wednesday so Lord alone knows what they will feel like; shift work really does mess with your head and your social life.


Not a lot going on out there, on Monday I was spare and ended up covering a WER shift which meant that the last hour was spent travelling back “on the cushions” to LES.  I was really glad I’d brought a book with me; I can thoroughly recommended Hilary Mantel’s “Bring up the bodies” if you are into historical fiction.  On Friday we were getting “platforms and hold” all over the place for handles down, one was even specifically for a fight at MIE (or BEG, there were so many I lost track), must be the weather ……..


Earlier this week the Tories at the GLA came up with the idea of getting businesses to sponsor stations in order to keep fares down.  I read the report and as usual it was big on boasts but low on actual detail, such as any prediction of how much income this would generate.  There was an attempt by wine merchants Oxford Landing to “re-brand” Oxford Circus in 2011 for three months but the deal stalled over intellectual property law on the LUL roundel; apparently if the deal was less than ten years then it all became a bit complicated.


Here’s’ what they wanted to do


The report had quotes from a couple of “re-branding” consultants who unsurprisingly were in favour and they’d commissioned a survey of public opinion but noticeably lacking was support from the businesses that would be expected to buy into this.  What I found really interesting is that the GLA Tories suggestion that fares should be kept down is at odds with Boris’s commitment to above inflation rises, maybe they’ve realised that fares are a key issue for Londoners and with the Coalition offering no help by squeezing the TfL budget the post-Boris future is rather gloomy.


This is a health and safety issue; the trousers offer some protection from cuts and scrapes which could get infected with Weil’s Disease, transmitted by rat urine of which there is a plentiful supply on the Tube.  The danger is real and it can be fatal, all LUL recruits get told about it in their first week of training.  I don’t wear shorts on the Tube, this is not so much a health and safety issue as a public order one, the sight of my horrible, pale, hairy legs could be a cause of outrage and distress to the travelling public and my work colleagues.


Down on the South Bank management want to evict the skateboarders who’ve been doing their thing for years and become part of the whole South Bank experience in order to make way for more restaurants and shops.  Sadly commercial interests have a habit of destroying character and charm, the sort of things that make London special, replacing our odd English eccentricities with bland, identikit retail clones.


Skateboarding has never appealed to me personally, frankly I find the sight of anyone past their mid-20s in a pair of shorts halfway down their calves trying to do an “Ollie” or “Kickflip” – I went on Wikipedia for those – vaguely ridiculous and makes me want to drag them to Burton’s (or equivalent) to get them into a decent, grown up suit.  However it is saddening to think that people who have made use of an area that was unwanted and turned it into an entertaining attraction should be booted out so visitors can have another Starbucks.  They’ve set up an online petition, here’s the link, let’s keep London quirky and odd.


As I mentioned I had two weeks off during which I got out and about a bit.  I’d like to recommend Bury St. Edmunds as an excellent place to go drinking, plenty of nice little pubs, a lot of very pretty architecture and a nice relaxed vibe.  If you are travelling there by train the station bar at Manningtree is worth a stop off on your way back to London and if you miss your connection at Ipswich then the pub over the road is not bad.


If you happen to be in Oxford try Kasbar on the Cowley Road for North African influenced tapas and pop into the Half Moon nearby for the best pint of Guinness in town (thanks, Treacle).  If you find yourself in Walthamstow Market in need of respite pop into The Chequers, now under new management and fully refurbished with an excellent selection of beers and a pinball out back; you might see the name ASLEF among the top scores.


Hopefully I'll be back in next Sunday....which will feel like a Thursday.