Boris has poked his head up to make his somewhat muted Night Tube announcement although in contradiction to earlier reports he claimed that Night Tube will start running “towards the end of July”.  I suspect that not for the first time he’s misunderstood how things work down here, in order to run the Victoria and Jubilee Lines overnight on Friday 5th August the new timetables and rosters would be introduced on Sunday 31st July so maybe he didn’t understand the difference.  The reports say that Boris made his announcement at the controls of a train simulator being used by some of the new bods and there he is, sat at what is easily identifiable as a mock-up of an S Stock cab.  Of course S Stock works the Sub Surface Lines and Night Tube won’t be introduced there until 2018 at the earliest so highly unlikely any of the part-timers will be trained on that particular simulator.
at 05:06 17 comments:

Last week on LBC TfL Commissioner Mike Brown was asked about Sadiq Khan’s plan to freeze fares over four years, he explained that the discrepancy between Khan’s estimated cost of £450m and TfL’s estimate of £1.9bn was down to different “assumptions” about inflation along with the fact that TfL were working to a five year business plan whereas Khan was looking at the Mayor’s four year term of office.

Brown said that either set of calculations were "perfectly legitimate"  and when asked if he would be happy to work under Khan he said that he was excited at the prospect of working under whoever was elected as his new boss, all of which sounded to me like someone who has seen the writing on the wall and does not want to be part of the flab trimmed from TfL after 5th May.  Strangely this little bit of revisionism doesn't seem to have been as widely publicised as the original TfL statement that freezing fares would open up a £1.9bn black hole.  I wonder why........

Here’s the link for Adam Bienkov's article I came across yesterday
http://www.politics.co.uk/news/2016/03/10/tfl-chief-sadiq-khan-fares-costings-perfectly-legitimate


And here’s the link to the interview on YouTube, start watching from 13:00
https://www.youtube.com/watch?v=n6dVE5qVPWE

More on Night Tube, the Moring Star initially said that Boris would make his grand announcement today at Ashford depot which I found rather odd as that is where Southeastern keep their Javelin trains, nothing to do with TfL, and it was suggested that this was an attempt by Boris to steal a bit of the limelight ahead of George Osborne’s budget on Wednesday.  Later the Evening Standard added actual dates, 5 August and 23 September, also from an unnamed ASLEF source, along with the news that the announcement will be made some time after the budget at Ashfield House, LU’s training centre next to West Kensington station (that big tower block behind the east end of the Westbound platform that looks like Gestapo HQ).

While there he will meet some of the new TOps which Boris and his media circus no doubt imagines will be a splendid photo opportunity but I’m not so sure it will be quite as expected.  Rather than former members of the public who’ve signed up to be train drivers I suspect that this batch of trainees will mostly be made up of station staff who’ve been squeezed out by Fit for the Future and as RMT or TSSA members would have been on strike last summer.  Just what sort of reception Boris will get from people he has taken every opportunity to insult I’m not sure but if the visit does go ahead it could be quite amusing (for everyone except Boris),

The Morning Star has been told by an unnamed source at ASLEF that Boris will announce that Night Tube will start running on the Victoria and Jubilee Lines from August with the Central, Piccadilly and Northern Lines to follow in September.  Obviously this will depend on LU actually finding enough part-time TOps from the 6000 or so applicants and on whether the new mayor actually wants to go ahead with scheme although current favourite Sadiq Khan has made delivering Night Tube one of his manifesto pledges.

Khan has also promised no fare rises for the next four years which TfL predicts will leave a £1.9bn funding hole although other sources have calculated it as a good deal less.  His manifesto describes TfL as “inefficient and flabby”, it says that he intends to cut “duplication and waste” and will halve the £383m spent on “the overuse of consultants and agency staff”.  With more than 400 executives on £100k or over it is little wonder the suits at TfL are less than happy with the prospect of the gravy train being cancelled.
at 05:17 4 comments: 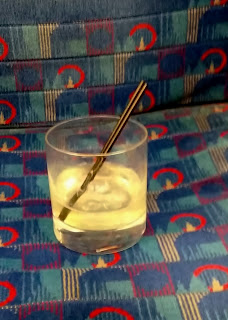 Much has been made of the news that RMT members have voted to accept the pay deal with claims that this brings us a step closer to Night Tube but it isn’t as close as some people might think.  Night Tube will only start once 180 part time TOps are in place, back in January LU announced that it had over 6000 applications, some of which were existing TfL or LUL employees while the rest were from the general public.

I’ve not met or heard of a single TOp on the Central Line who has applied to go part time, if anyone knows a TOp anywhere who has then please let me know but I think it’s safe to say that there aren’t many.  I have been told that some other existing employees have started the training course while the task of sorting through the external applications was completed about a month ago and the ones that weren’t obviously bat-shit crazy or otherwise unsuitable are currently going through the assessment phase.  After the assessments there are the interviews, the medicals and the background checks still to go, if my own experience back in the late 90s is anything to go by it could be another 2-3 months before anyone starts training

Training will take 16 weeks, if it hasn’t changed in the last 12 years the first four weeks are classroom based but due to the lack of trainers and limited space they can probably only take 20 at a time.  The next four weeks will be line specific stock training but the last eight weeks is on a one-to-one basis out on the “road” with an IOp and there are only a limited number of them per line.  I think the Central has less than 20 and obviously not all of those will be available at any given time.

At a rough guess I don’t think we will be seeing Night Tube until the late autumn, maybe even winter but there is no guarantee that out of all those applications there are 180 candidates who can actually get all the way to the final Road Test.  As I’ve mentioned before when LU last advertised externally for TOps – full time rather than part time – they got far more applications and only about 30 candidates eventually passed out as drivers.

This is why I suspect LU haven’t said much about the news from RMT, they simply don’t know when or even if Night Tube is going to happen.
at 11:57 23 comments: